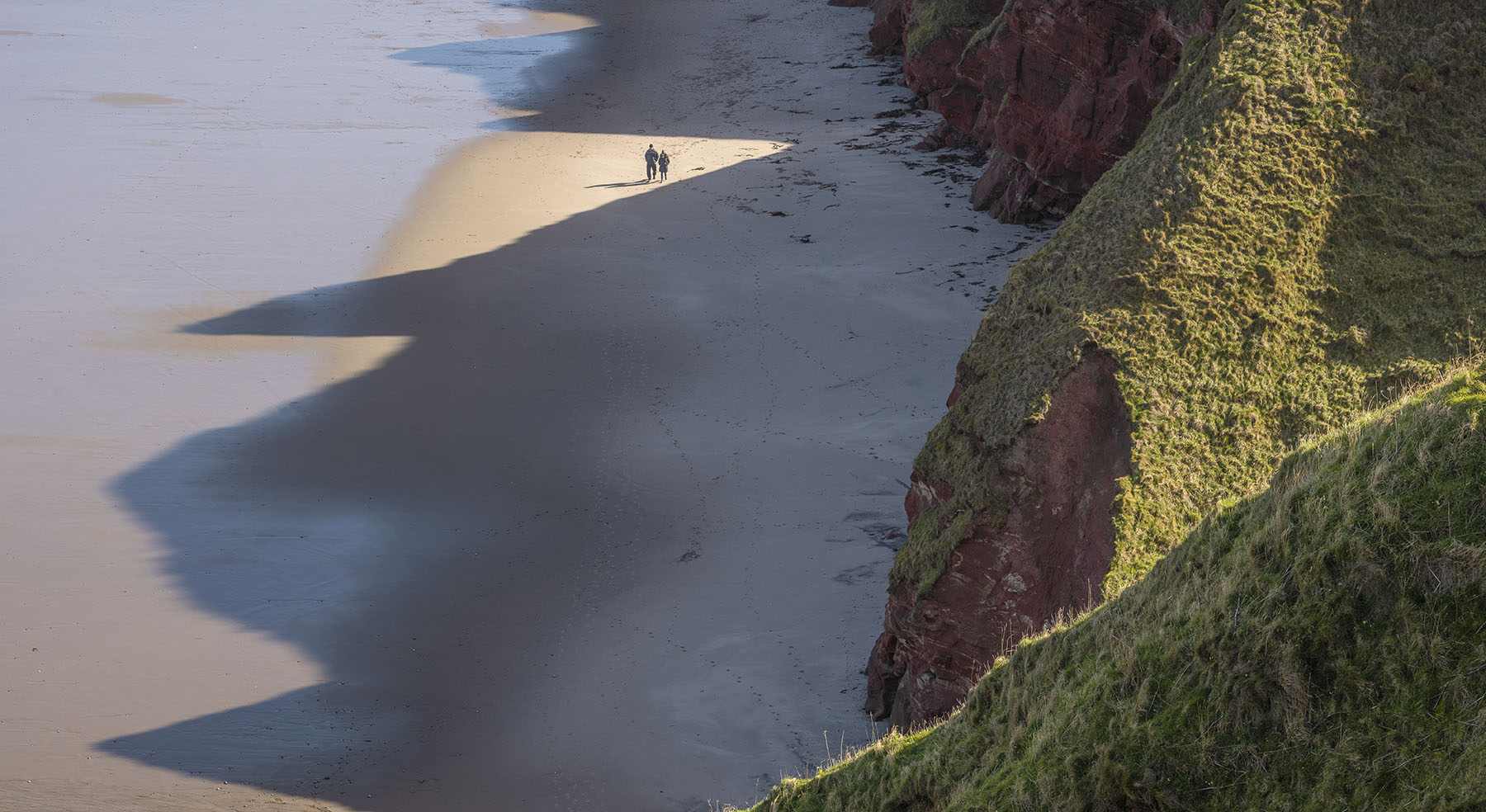 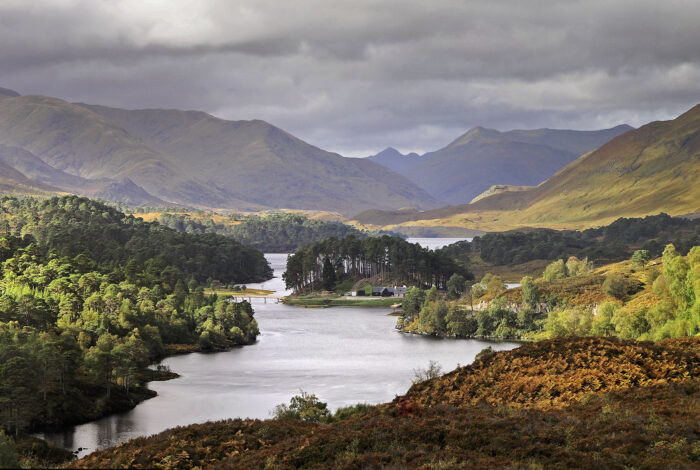 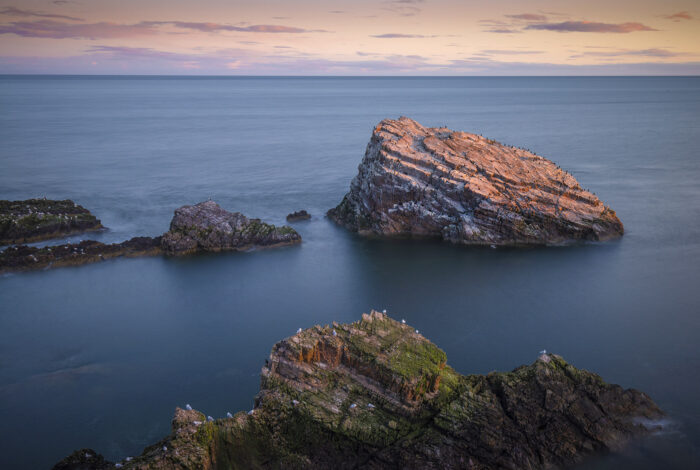 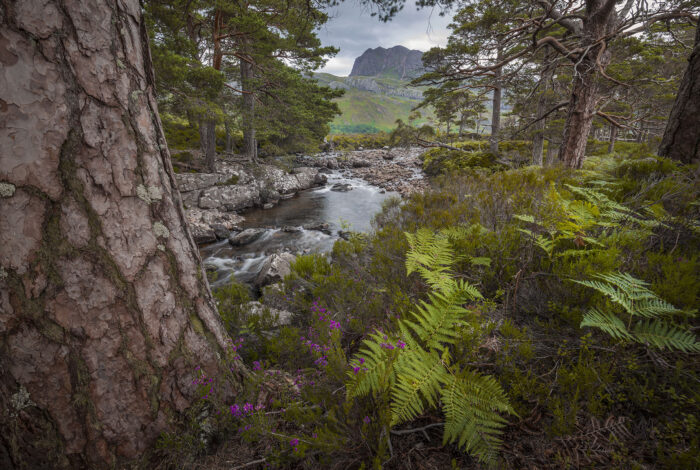 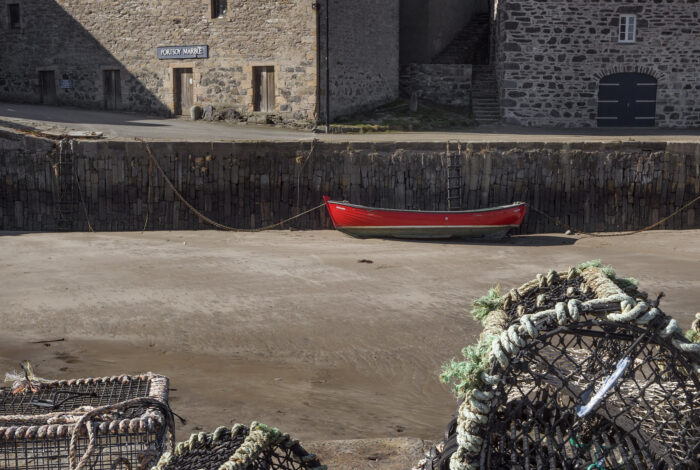 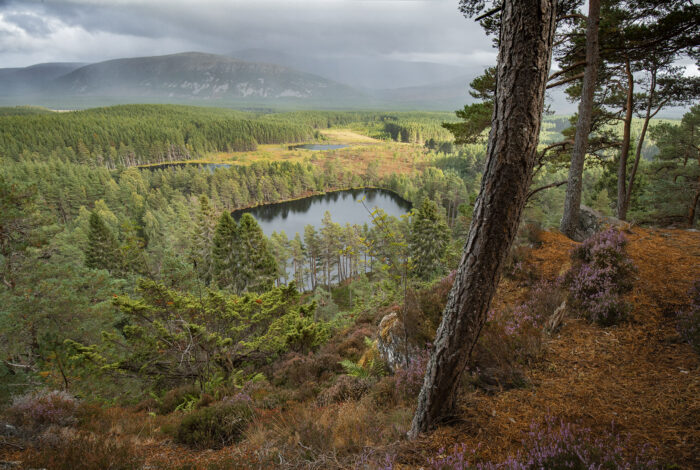 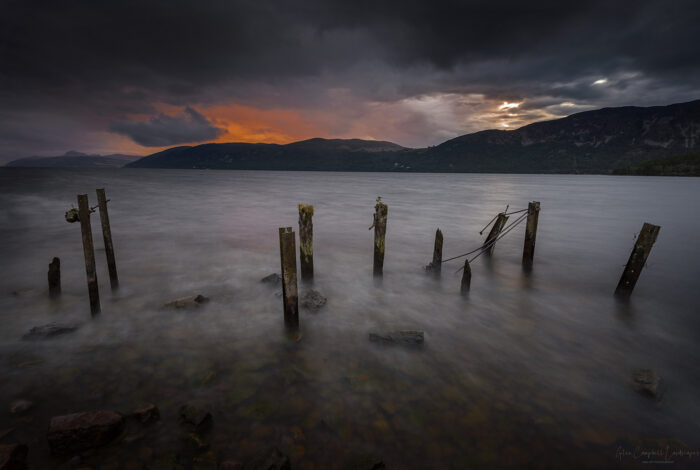 This high season Scotland Grand Tour focuses on some hand picked locations that will introduce you to four very distinctive, less visited, but no less dramatic parts of the Highlands. As a result, you the Highland guest will have a much more rewarding experience while photographing some of the beautiful locations that majority of visitors miss or don’t even know exist.

Your first experience will be to capture the raw beauty of the Cairngorm mountains, forests and lochs around Rothiemurchas. Following this you’ll head over the Dava to explore the character and seascapes of the Moray Coast around Cullen and Portsoy.  Then we head west via one of Scotland’s most infamous locations , Culloden Battlefield and down to the shores of Loch Ness.

From the third base in village of Beauly near Inverness we travel north west and into the grandeur of the North West Highlands. Torridon’s high peaks and shimmering lochs will provide enough drama to fill our full day on location.

Our final day will explore Scotland’s most beautiful Glen , Glen Affric before returning to the Highland capital Inverness .

This is a Scotland photo tour that is full of variety , drama and history – Book your spot now.

The Cairngorm National Park is the UK’s largest and lies to the east of the Great Glen in the Scottish Highlands south of Inverness. You’ll experience and photograph  various aspects within its western boundary including the massive mountain plateau itself from Loch Morlich, which dominates the area.

From several vantage points we’ll capture its  deep glacier carved glens and high summits. Most of the UK’s highest mountains exist in the park which is dotted with  pine and deciduous woodland where some elusive wildlife such as pine martin and mountain hare call home. The Heather clad hills will also be in full bloom at this time of year which adds to the spectacle.

A total contrast to the Cairngorm mountains lies a short drive north over the remote heather clad Dava Moor. The Moray coastline was recently listed by National Geographic as “one of the worlds top coastlines”. This is where where the famous River Spey empties into the Moray Firth.

Along this stretch of coast you’ll  focus your attention on the villages and seascapes of Cullen, Portsoy, Crovie and Pennan,  the latter famous for its role in the 1980’s movie Local Hero. Some of the main features include a dramatic sea stack, the Bow Fiddle Rock and hidden beaches and colourful stony bays dotted along the coast.

You’ll spend the day exploring these seascapes and maybe  sample a local favourite that’s popular all over Scotland, Cullen Skink a smoking, creamy fished based soup and a Speyside whiskey or two.

A little bit of culture is in the mix as we head back towards Inverness. We’ll take an hour or two to visit the village of  Cawder and the grounds of Cawder Castle before experiencing Culloden visitor centre and the famous Battlefield. The visitor centre tells the story of how the last battle came to be and its consequences for the Highland clans. It was the last battle to be fought on British soil in 1746 between the Bonnie Prince Charlie Jacobites and Britsh Government forces.

Finally we’ll decend from the moor to the Great Glen and Loch Ness to capture the loch from  the shoreline.

Torridon, one of the big hitters among landscape photographers in the UK. The Torridon mountains sit to the north west of Inverness and pack a real punch. Quintessentially Highland, the lochs, rivers, mountains and glens that hold pockets of old Scots pine  all combine to present both a romantic  and wild narrative to the photographer’s “Highland” portfolio.

Most visitors drive on through without taking a moments pause, but we’ll take our time with a full day and evening session, soaking up the atmosphere.  The peaks of Ben Eighe, Liathach, Slioch and Ben Alligin all rise high above the tumbling rivers and glittering lochs below and will offer a classic backdrop to your photographs.

Our final day back in Beauly and we’ll take a drive up through nearby Glen Affric which many say is Scotland’s most beautiful Glen. The dark lochs, Scots Pine and a truly stunning vista all compete for our attention. From here we return to Inverness where you’ll be dropped of at your chosen point at around 4pm

Based in Inverness I’ve been guiding workshops and photo tours in the Scottish Highlands for over 11 years.

In that time I’ve guided  hundreds of satisfied clients from around the world. In the few days they’ve been with me they have improved their photography, mastered the basics and created some stunning images.   You can read testimonials from previous Lightstalker clients here

This Scotland Grand Tour starts at 10:30am on the 11th August in Inverness, Scotland. You’ll be picked up  at your chosen Hotel or the Railway station – drop off in Inverness on the 16th August around 4pm.

Inverness has flight connections with London, Dublin, Amsterdam and other regional UK airports. It’s 3hrs north  by bus or train from Edinburgh or Glasgow.

*The dates have now been amended for this trip and are as follows.

Location will be your Inverness hotel or Main Railway station .

Your accommodation – All single occupancy with ensuite and full Scottish breakfast.

This Scotland Grand Tour includes an initial practical tutorial on basic shooting skills, use of camera gear and equipment on location on the first day (if you need it or are a little rusty).  This includes camera workflow, shooting in manual mode and reading histograms.

Your sessions will start mid morning and continue until dusk which can be late into the evening at this time of year in the Highlands.

This allows us to pack as much into the day as possible, visiting and photographing a range of locations. Plus we’ll have plenty of time at each location to make sure we do them justice.

There will be time for breaks for lunch on location, and dinner in local pub or restaurant featuring local produce each evening prior to our final dusk session.

All of this will be managed by your guide Glen with help and suggestions available at any time.

A photo adventure’s  main objective is guiding you to the best locations at the right time with suggestions on types of shot, general settings and composition advice. Participants should ideally be familiar in the use of their cameras to get the best out of the locations, however help is always on hand  and advice freely given.

Participants will be invited to share 6 of their  final images with Glen and fellow participants for comment after the trip via a secure online link.

August can be great , warm and pleasant but it can also be unpredictable with showers through the day.    Along the coast it can also be breezy so we need to keep rainwear and outdoor clothing the van as well as waterproof boots/ hiking shoes.  So be prepared for showers and wind, and sun.

Locations and fitness.
Not all locations will be by the roadside, some locations are easy to reach, some require a little effort, walking sometimes on slippy rocky surfaces. This can involve short walks up  hills, along riversides and over uneven terrain. Walking times to Sandwood Bay can be just over an hour each way but there is plenty time and all locations are weather dependant.

All ages above 18 years are welcome but a reasonable level of fitness and mobility is required, regardless of age in order to fully participate and appreciate a Lightstalker’s photo adventure or workshop.  If you have any doubts of your suitability for a specific trip please contact Glen directly.

As always Glen's trip exceeded my expectations. This is my 7th trip with Glen and I keep coming back because of the excellent locations, great camaraderie and Glen's patience and boundless enthusiasm. Bev Scott - UK
MENU
Lightstalker Adventures