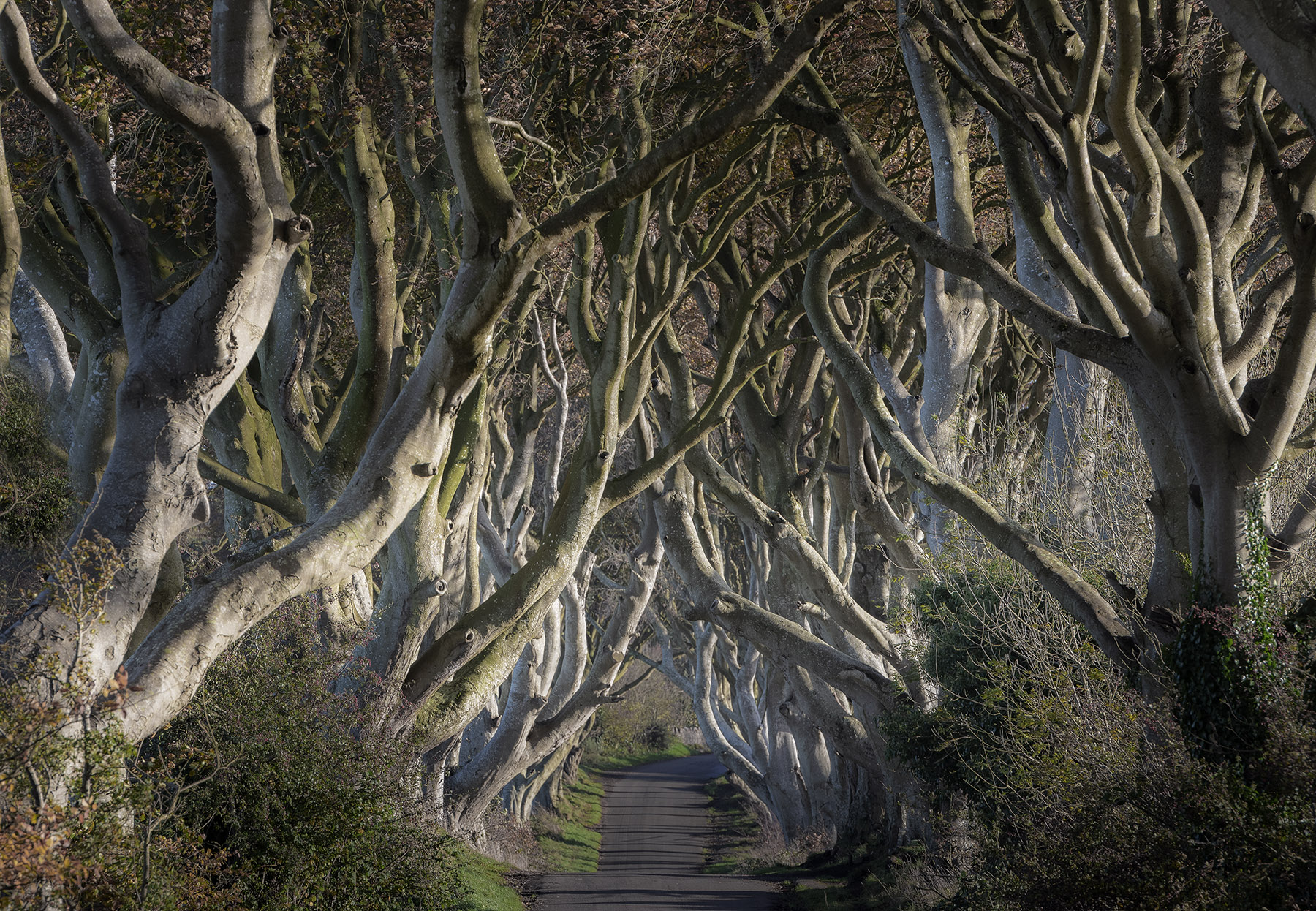 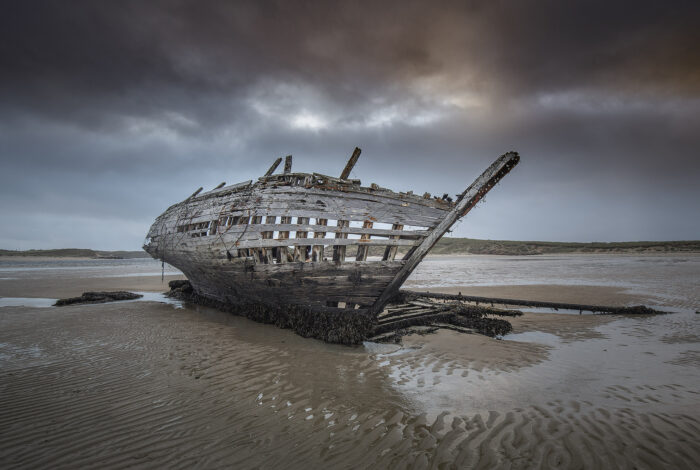 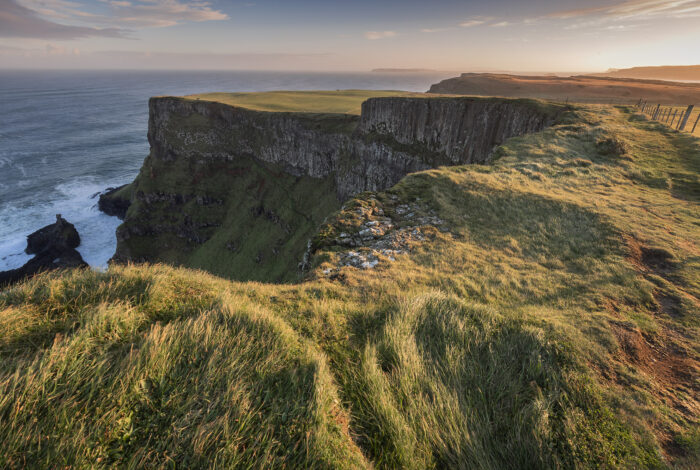 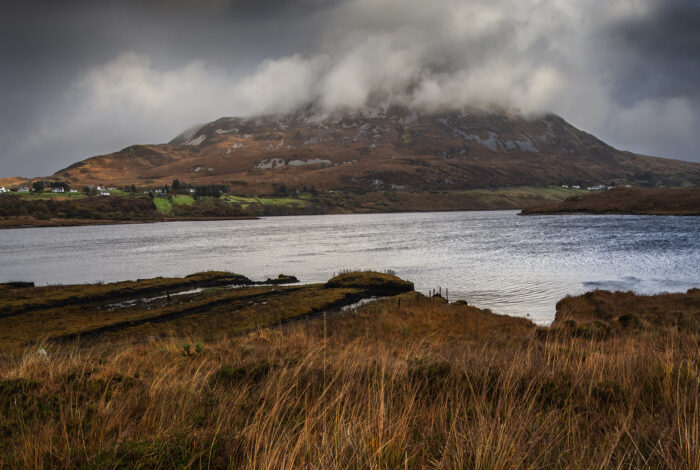 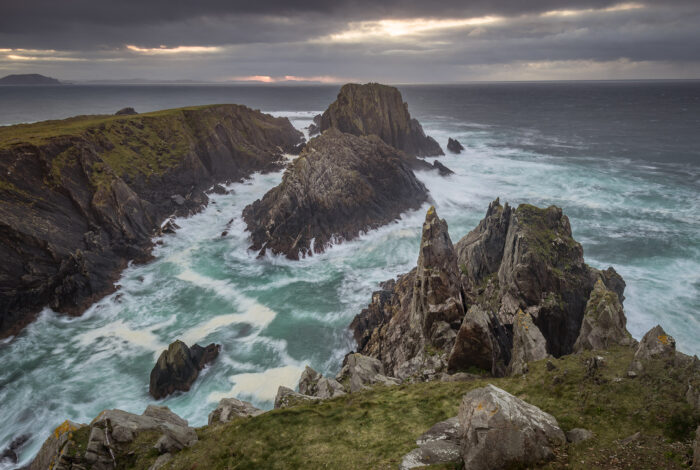 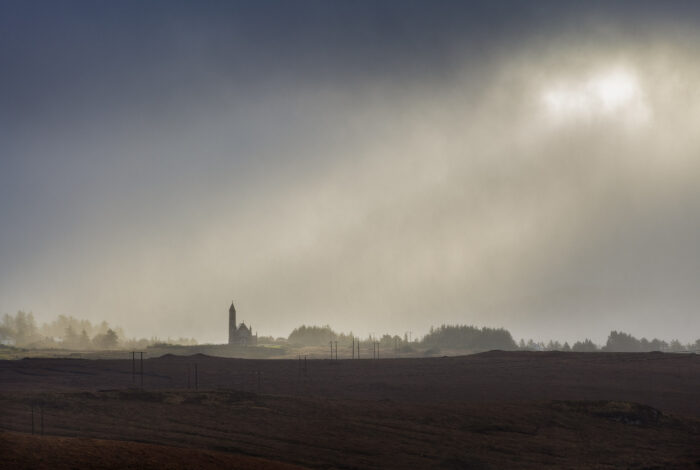 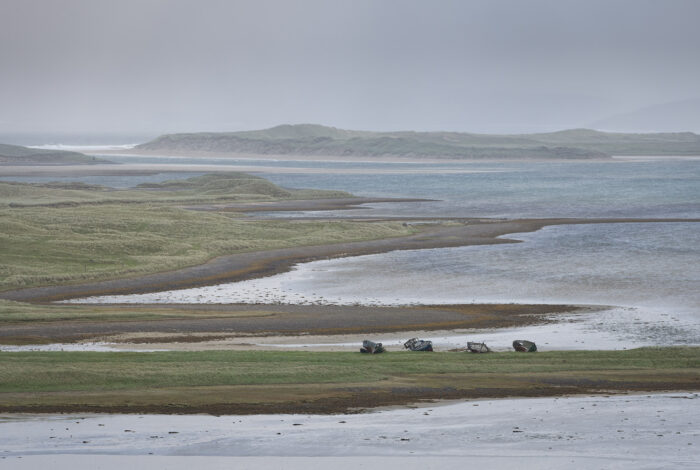 Ireland’s Giant’s Causeway lies on a stretch of dramatic coastline just over an hour north of the city of Belfast. Home of the Titanic, this vibrant Northern Irish city  is where your photo adventure will begin and end.

After pick up in Belfast you’ll travel north through rural Co Antrim via the Dark Hedges (Game of Thrones fame)  to the small town of Bushmills where we’ll capture  both dusk and dawn sessions photographing the Causeway, a UNESCO world heritage site and some breathtaking cliff top lookouts.

From Northern Ireland we travel west along the coast around Loch Foyle and into quieter County Donegal in the Irish Republic. Donegal is famous for some of the most dramatic scenery in Ireland, the Gaeltacht and some of the most beautiful  Atlantic coastline.

You’ll travel through peaceful villages, by wild Atlantic beaches and stunning mountain heartlands all the way down to the Slieve League peninsula. It’s a quiet, less hurried place without the crowds.

An impressive tree lined  landscape designed to impress arrivals entering a Georgian mansion, although it’s found more recent fame as one of the backdrops from The Game of Thrones.

The UNESCO  listed Causeway features a compact section of basalt pillars that extends out into the wild Atlantic. It’s surrounded by crashing waves and with a back drop of high cliffs it makes for both unusual and effective compositions.

To the west – Scenic vistas around Magheracross and Dunluce castle

We cross the border and find ourselves on the wonderful Inishowen Peninsula. It’s Ireland’s biggest and has plenty space to breathe and big skies above.

We’ll base ourselves as close as possible to catch the crashing waves and jagged rocks to the north and capture a more gentile scene in the morning at the Malin Pool.

After a night in Malin we have a busy shedule as we move south west, picking our way through some wild land and seascapes. Stops include Fanad Head,  Murderhole on the Rosguill peninsula and through Donegal’s mountainous Gleanveagh National Park for dusk .

The Rosses and North West

The following day you’ll wake to the morning scenes around the Rosses on Donegal’s mid-west coast. The Rosses are home to one of Ireland’s  Gaeltacht areas. It’s distinctly different to the rest of Ireland and even Donegal, with Gaelic being widely spoken around  its clustered coastal communities. Winding coastal roads, hidden beaches  and crashing Atlantic waves lie around every corner and our base near Dungloe  is an ideal place to call home for a few days while we explore the north, east and south.

Back to the coast you’ll capture the famous Bad Eddie boat wreck near Bunbeg, drop by Leos’s pub (spiritual home of Clannad and Enya) and climb the twisty road that looks out over the Bloody Foreland. On our final evening in Dungloe we’ll perch ourselves on a clifftop to  capture some magic light over the wildly dramatic Crohy Sea Arch that sits just south of the 18th century tower, built during the Napoleonic wars.

To the east of Dungloe sits Mount Errigal, Donegal’s highest peak and a dramatic one at that. We’ll photograph its southern slopes and ruined churches from around Dunlewy and the loch then take a wander down the Poisoned Glenalong its riverside.

After a few days in the Rosses we travel south to the Slieve League Peninsula. Once again the scenery takes on a wilder more dramatic appearance as the hills rise and the Atlantic crashes on exposed beaches.

Near to Maghera beach,  Assaranca waterfall tumbles down the steep hillside and after a session here we’ll take a short stroll to the beach to capture the colourful rocks and waves as they fan out on the golden sand.

After lunch in the famous and rather eclectic Nancy’s pub in Ardara, we head west over the scenic Glenesh Pass,  following the winding road down to the remote Gaeltacht hamlet of Glencolmcille.

The township has an interesting folk museum* reflecting on life past and present in remote Donegal and if time allows we’ll take a look around.

Our final destination are the Slieve League cliffs on the other side of the headland. Slieve League mountain itself sits at 2000ft, its cliffs plunging in the the swirling, crashing waves below.

These are the highest in Ireland and among the highest in Europe. A dramatic way to complete our photo adventure  along the northern coast of the Emerald Isle.

You have the option to overnight on the 23rd in Belfast or arrive on the morning of the 24th. The pick up point above is the on the  north side of the city about 3 miles from the centre  and east of the International airport. Note: Belfast has George Best City Aiport (BHD) and an International airport to the North West .

Meals – Local charismatic pubs / cafes / along the way. Dinner at local restaurants /pubs as appropriate to our schedule featuring local produce where possible.

Non essential but recommended Polariser, neutral density graduated and straight neutral density filters would be useful. I use Lee ND filters both hard and soft.  A Laptop with Lightroom, Adobe Photoshop or other image editing software.

This photo adventure includes an initial practical tutorial on basic shooting skills if required. Explaining efficient use camera gear and equipment on location on the first day.  This includes camera workflow, shooting in manual mode and reading histograms.

A photo adventure’s  main objective is guiding you to the best locations at the right time with suggestions on types of shot, general settings and composition advice. Participants ideally should be familiar in the use of their cameras to get the best out of the locations, however help is always on hand  and advice freely given.

Participants will be invited to share 6 of their  final images  with Glen and their fellow participants for comment after the trip via a secure online link.

Weather
As in it’s Celtic cousin Scotland, Ireland can have  fickle wet weather at anytime of year, you can’t have all that emerald green without a little rain !  Having said that conditions can be glorious at times and my recent encounter with Donegal featured both wonderful weather and light and some windy wet weather.  So be prepared. It’s important that you have adequate and good quality outdoor clothing ( jackets and over trousers) including waterproof hiking boots that are waterproof. No jeans they get wet and stay wet.

Fitness and mobility
Not all locations will be by the roadside, some locations are easy to reach, some require a little effort, walking sometimes on muddy, slippy and boggy wet ground. This can involve short hill walks, walks across rocky, uneven terrain and greasy surfaces. Walking times can be up to 30 mins – one way, however  participation is optional at every location.

A reasonable level of fitness and mobility is required regardless of age in order to fully participate and appreciate a Lightstalker’s photo adventure or workshop. All ages above 18 years are welcome.  If you have any doubts of your suitability for a specific trip please contact Glen directly.